10 most beautiful attractions in Paris

Paris is the French capital and a historic city located in northern France on the banks of the Seine river. Many consider it to be the most beautiful and romantic city in the world. This number is only growing since Paris is brimming with historic landmarks and cultural activities that can’t be found anywhere else. Paris and its culture have had far-reaching effects, particularly in the fields of art, fashion, architecture, food, and design. So, are you ready to find the most beautiful attractions in Paris and get allured by their beauty? Check our list below and add them to your bucket list. 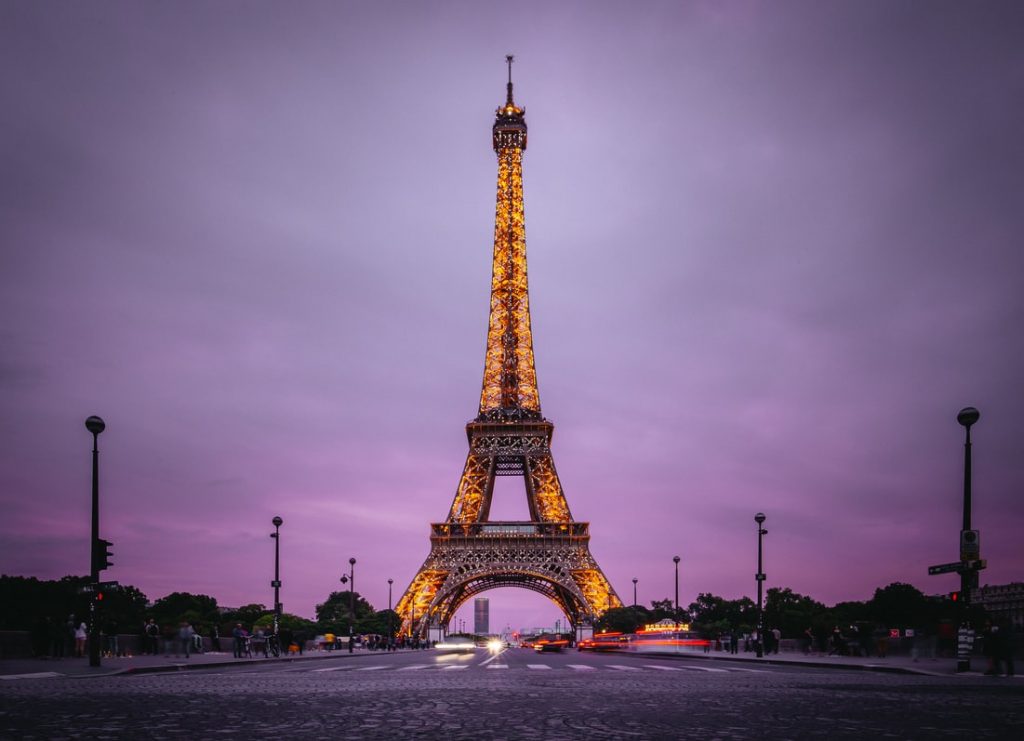 The most popular activity for most travellers is to visit the iconic emblem of Paris. This iron structure, which stands more than 1,000 feet (300 metres) tall in the Champ de Mars park, was built for the 1889 World Exposition. You can visit this attraction by choosing our Paris tour packages at Pickyourtrail website.

The Eiffel Tower, one of the world’s most photographed tourist l landmarks, provides fantastic photography opportunities both during the day and at night. Visitors can ride the elevator to witness spectacular views of the city or dine in one of the tower’s two renowned restaurants. 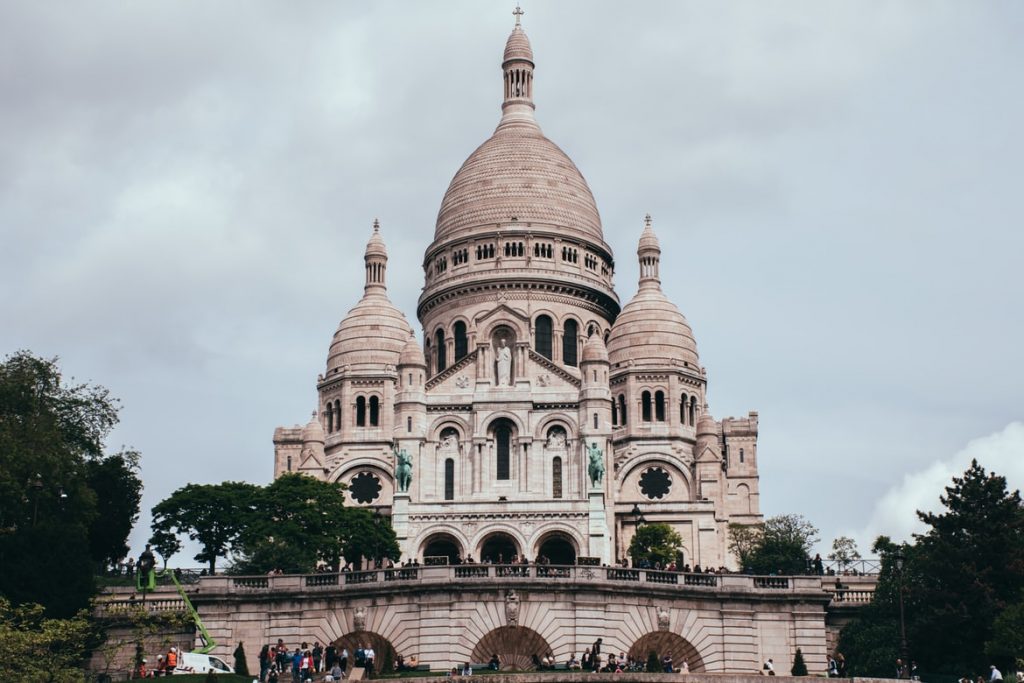 The Sacre-Coeur Basilica, with its magnificent white dome, is one of Paris’ most visible sights. This spectacular church, located at the city’s highest point on Montmartre hill, attracts a large number of tourists each year who come to view its marble architecture and gorgeous interior. This attraction is a part of our list of the most beautiful attractions in Paris.

Visitors can take a tour and see gold mosaics, stained-glass windows, and one of the world’s largest clocks. This place is a part of 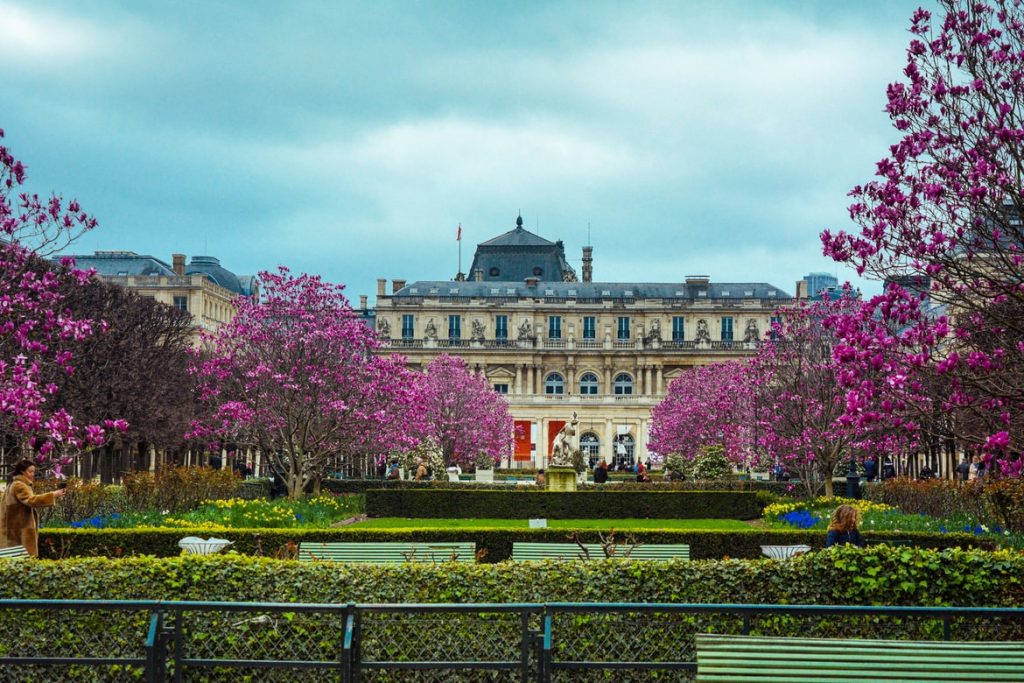 This public park, known as the Luxembourg Gardens in English, is the second-largest in Paris. Visitors can picnic or wander casually around the lovely lawns, formal gardens, and fruit orchards, which are adorned with several artistic statues and fountains.

Jogging tracks, tennis courts, and exercise equipment are available for recreation and sport. Children can enjoy a large playground, pony rides, a puppet show, and sailing model boats on a pond.

The Place des Vosges, formerly known as Place Royale, served as the model for all residential squares in Europe. All of the houses were built in the same style, with red brick walls and steeply pitched blue slate roofs. Place des Vosges is a part of our list of most beautiful attractions in Paris.

Not only is it shaped like a genuine square, but it is also the first city square designed by a king (Henry IV in the early 17th century). Third, it made the Marais a fashionable hangout for French nobles in the decades leading up to the French Revolution.

Famous French citizens are buried in the Pantheon. It was once a church devoted to St. Genevieve, the patron saint of Paris, and her relics, and was modelled after the Pantheon in Rome.

King Louis XV erected the church in the neoclassical style to thank God for his recovery from a terrible illness. During the French Revolution, it was converted into a mausoleum to memorialise revolutionary martyrs. Voltaire, Victor Hugo, and Marie Curie are among the famous people buried here. 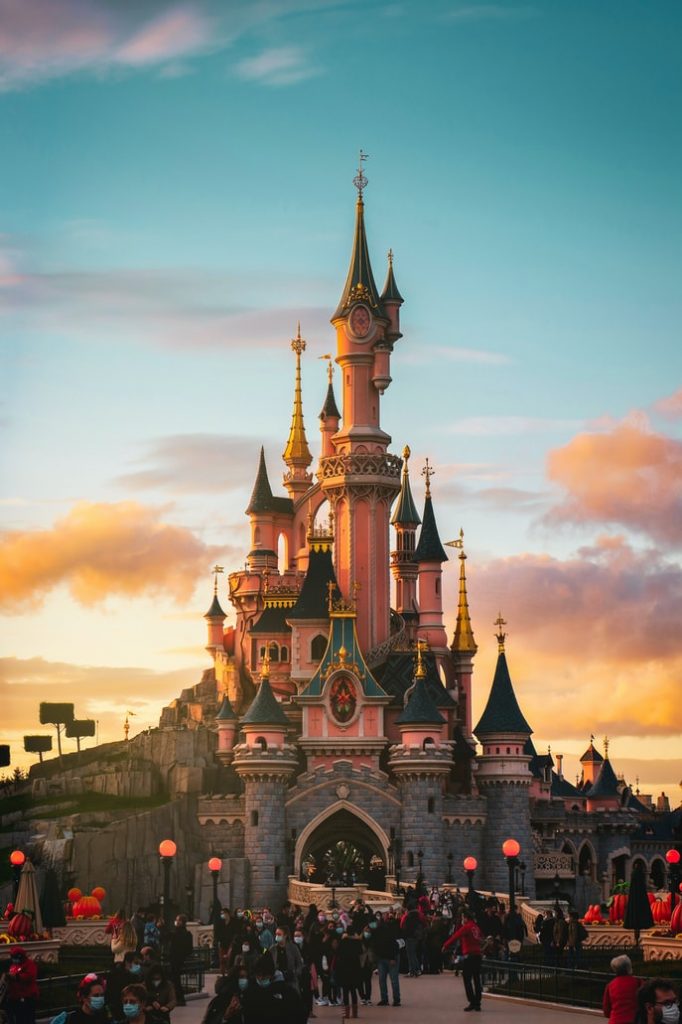 It’s a resort with a variety of activities such as hotels, shopping, and golf. It was the second Disney park outside of the United States to open in 1992. It’s around 30 kilometres (20 miles) from the centre of Paris. Walt Disney Studios Park, a companion park, opened in 2002.

Other impressionist artists represented are Picasso, Renoir, Cezanne, Matisse, and Modigliani. The orangerie was built in 1852 to shelter the orange trees at the Tuileries Palace. 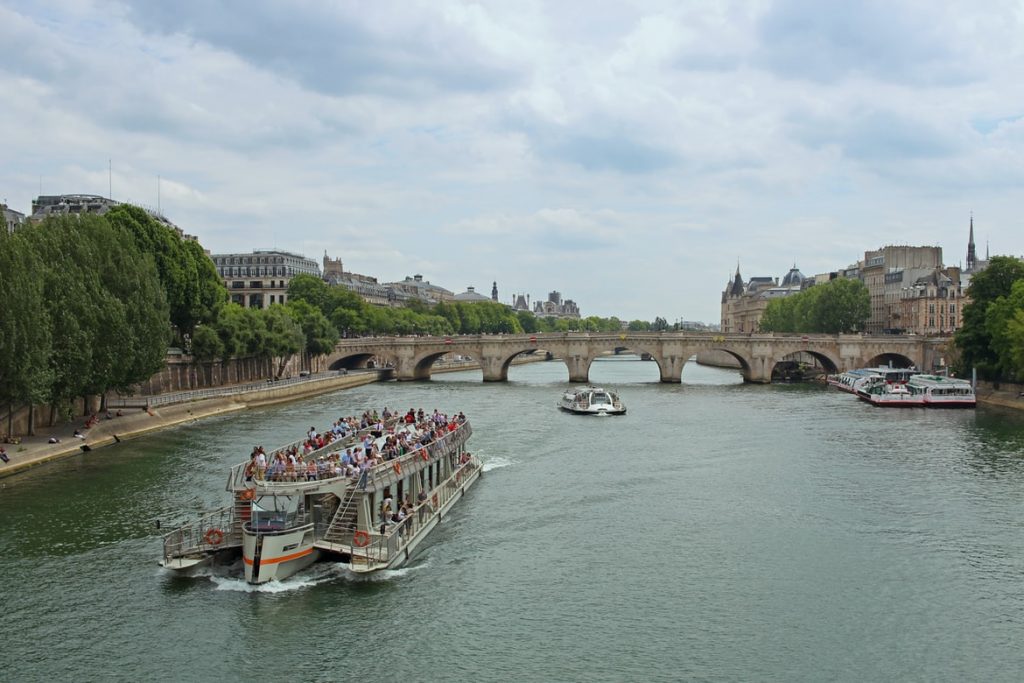 The Seine River flows through France for about 800 kilometres (500 miles) on its way to the English Channel. One of the most romantic things visitors can do is cruise the river as it passes through Paris.

Seine cruises in Paris run under various bridges, passing by the Louvre, Notre Dame Cathedral, and the Eiffel Tower. A Seine cruise lasts around one hour, but what a magical hour it is! A Seine cruise is also a great way to see Paris at night. 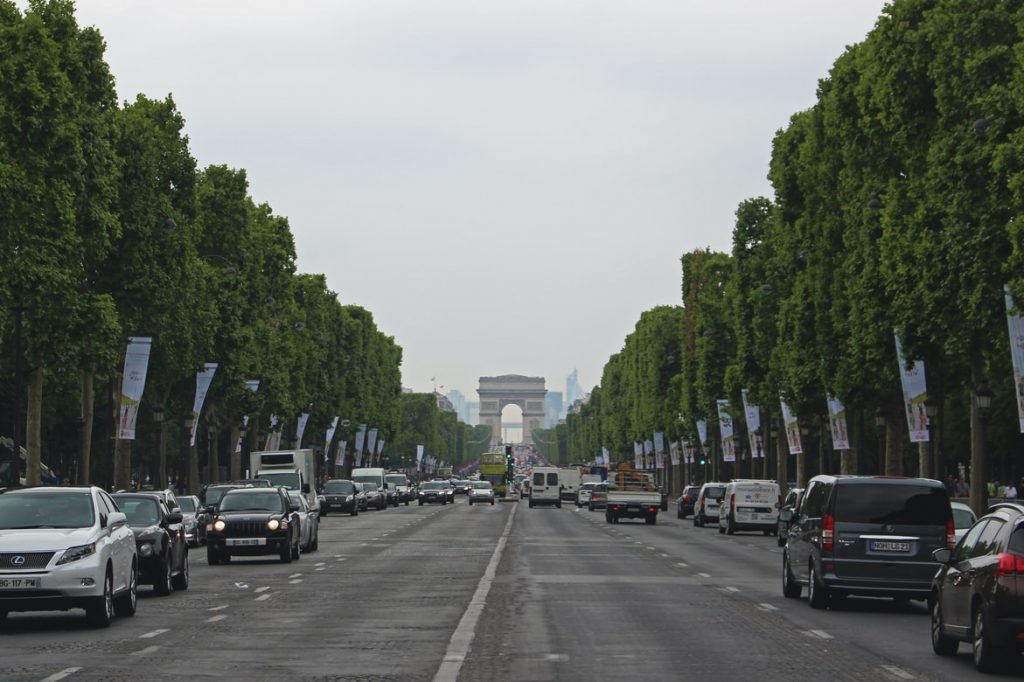 The tree-lined Avenue des Champs-Elysees is Paris’ most famous roadway and has been called the “most beautiful avenue in the world.” The street, which is just over a mile long, connects the Arc de Triomphe and the Place de la Concorde. The Champs-Elysees is the epicentre of Parisian life.

It’s a street full of restaurants, upmarket boutiques, museums, and nightclubs. It hosts the Bastille Day military parade as well as the Tour de France’s conclusion. 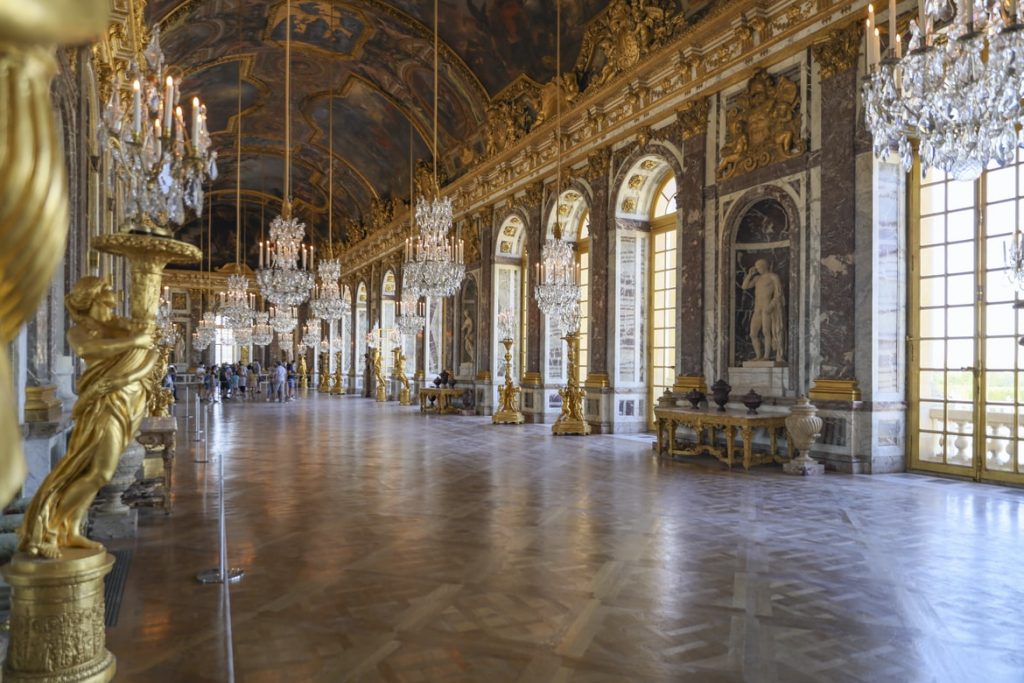 It is one of Paris’ most popular attractions, with people flocking to see its stunning gardens and the Hall of Mirrors, which features 357 mirrors adorning 17 arches. During the French Revolution, the Palace of Versailles ceased to be a royal palace and is now a museum of French history.

We have listed the 10 most beautiful attractions to visit in Paris. So, what are you holding out for? Travellers from all around the world may now plan a vacation to Paris with ease! Why not treat your wanderlust to an exciting vacation to this gorgeous city as well and indulge in the best that this French capital has to offer?

The UK is one of the top destinations to visit for the people of the UAE. Maybe it's the weather, the food, the different attractions, or the people, there’s something about the UK that draws a lot of people from the UAE. So, if you too are from the UAE and are looking to visit the UK, you must start by getting a visa. The following information will guide you on the UK visa requirements for UAE ...

Michael Van Eaton Discusses the Most Beautiful Places to Scuba

Michael Van Eaton loves scuba diving and thinks it is one of the most rewarding hobbies and sports in the world. There's nothing quite like getting under the water to explore the vast underwater world, especially if you choose the best possible destinations. As som...

Why Renting a Boat Can Make Your Holiday Better?

There are boat rental companies that have boat rentals available for a specific period or a certain number of days. Before you go out and purchase a boat, consider renting one first. This article explains the advantages of renting a boat. Advantages of Renting Boa...

Maldives' beautiful, exotic white-sand beaches are irresistible. It may be difficult to resist the temptation to return to the tranquil beaches of Maldives if you have been to them before. The name Maldives will undoubtedly bring a feeling of freshness and relaxati...